Followers of the Maker moving south

*The parchment is carried into Adelsburg and nailed onto the cathedral door by a figure in a black hood. The crest of Vater Factorius can be seen stamped on the end of the parchment.*​
Regarding recent tensions, disagreements and bickering between the Vater and the Imperator, the Vater has moved south towards the lands of the Sultanate as result of being threatened with a blade. Those willing to follow Vater Factorius, the true representative of the Maker descending by glorious line of the Maker and his son, Onnodrith, are most encouraged to follow and to meet His Holiness, the Vater in Al Khadir. Diplomatic negotiations are to begin with His Royal Majesty, the Sultan, regarding a new settlement for the followers of Makerism to flourish without the oppresive rule of the Imperator. Hereby, Vater Factorius also declares Imperator Philipp Wilhelm II, the Imperator of the Hadrian Empire a heretic for threatening the Vater, banishing him from lands of the Imperium, limiting the powers granted unto the Vater by the Maker. 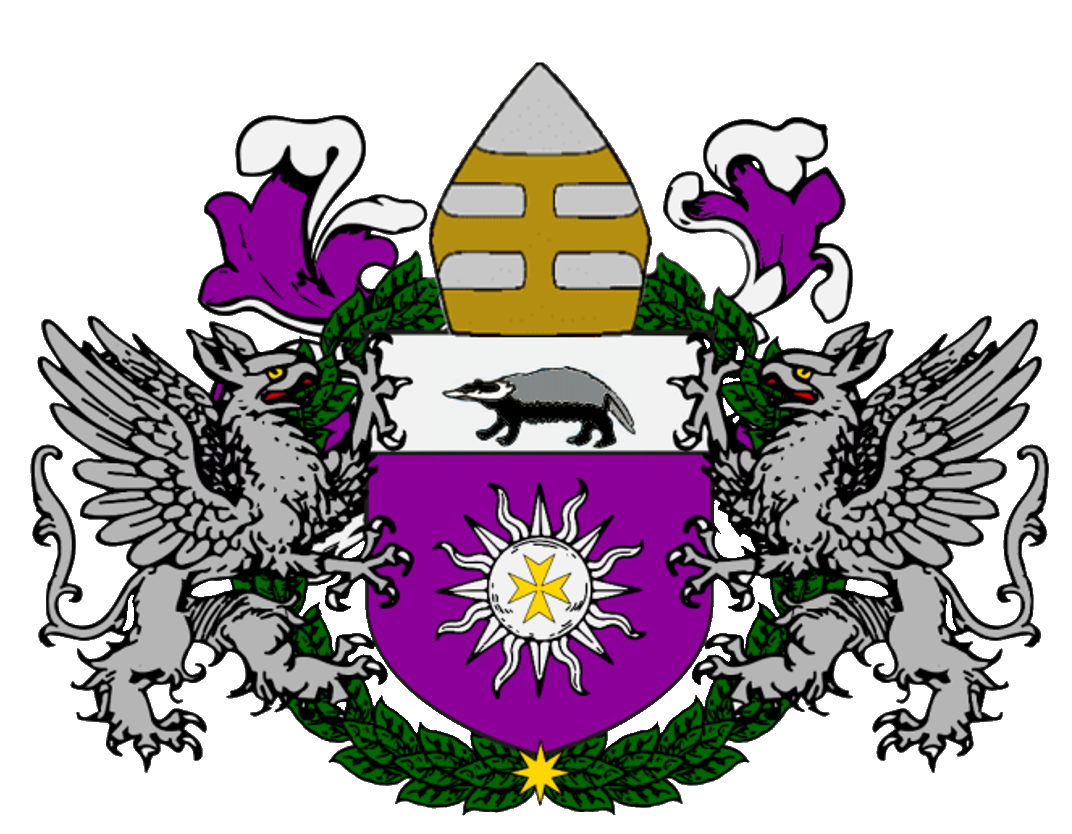 Gyrath would read the parchment and his eyes went big "This is... troubling" He sighed and started pacing up and down thinking "what to do now, what do I need to do now!" He would then head back in the streets hoping to find some answers and praying he will not go insane

Elena... couldn't read as she stared blankly at the invisible paper in her hands, squinting at it. Why were people making such a fuss over it? She'd recline her head backwards, trying to make sense of the situation once more, before giving up and continuing with her duties.

kale said:
Elena... couldn't read as she stared blankly at the invisible paper in her hands, squinting at it. Why were people making such a fuss over it? She'd recline her head backwards, trying to make sense of the situation once more, before giving up and continuing with her duties.
Click to expand...

*The man in green-robed armor, Cedric Reinhardt, saw her standing on the square in front of the Saint Onnodrith Cathedral. A crowd had gathered to read the paper. He sighed, not liking his own decision of what he was going to do. He stepped towards the girl, gently tapped on her shoulder and stood next to her.*
Here. Let me help. *He said quickly, both plain yet as polite as possible. Of course in his voice, it sounded stern. He gently took the paper and read it out for her. As he did so, watching her reaction while reading, he eventually gave it back upon finishing.*
Enjoy the rest of your day. *With a gentle metallic gauntlet on her shoulder, hoping to somewhat ease her if her reaction was any bad, Cedric walked to the crowd, working on controlling it before things escalated with fellow guards.*

Staff member
Hemlock, Who in general is quite, quiet. letting his superiors speak taking information in at all times. Steps up to the paper. Reading slowly. Then without reaction. walked away, attempting to give no feelings away. Or give insight into his reaction.

Looking at the thesis pasted against the cathedral door as she was set to enter, Lilibelle pauses and finds herself conflicted by its contents. She bites the tip of her thumb while reading, eventually whispering to herself:

Staff member
Celestine scoffed as she read the paper, damn well knowing the truth. "How foolish that the Vater decides to be blinded by a will for power. You'd think a man like him would never go those lengths."

Staff member
Aldir'tor would hear of the news from traveling merchants that entered Luminion the other day, as he got himself a copy of the Vater's statement and quickly read through it before handing it back to the traveling Hadrian. "And just like that, the first brick is out of the wall. Now we wait until the entire structure crumbles." he chuckled and waved the merchant away as he made his way back to the tavern.

Before anyone complains: Inkoin aka vater said the Helves were made aware of this as well

Reaching his home on the dark of the night, Godemir would read the parchment in front of the Church's doors. With a raised eyebrow, he would return later, adding silently another parchment under the guise of the night as he donned his hood

"Maybe those powers weren't divine, if the Imperator can so easily limit them"

Maxim knew how to read, but there was something funny to be found from the Pope's source of power, rather than being a religious following, had always been the Empire, and thus, to attempt to depose the Emperor was to rather directly lessen his own influence. Even if he didn't realize it yet, Maxim was likely going to be watching a 'founding of the Church of England' moment. Maxim felt himself no more or less a heretic than before, and so, he went back to smithing.
K

Walking down the streets in the dark of the night, pressing a book against his chest he spotted the papers on the church door. Having noticed the tension in the last few days he went and read what seemed like a simple note. "..descending by glorious li-" A laughter could be heard in the middle of the night, getting louder and louder before it calmed then and got swalloed by the rain starting to pour down. "You would assume somebody who got accepted into the church so easily would try to keep it stable. But this is profanity on another level.... hehehe. Should I stay out? I could just go to Sig and tell him the Monk's story... After all he is damaging her old job's reputation.... But I also promised to stay out of trouble.... Let's just watch for now." While the rain started filling every dry corner with water the man went down the street around the corner...
You must log in or register to reply here.
Share:
Twitter Link
Top