Guide to the Anjyarri Style

Guide to the Anjyarri Style
(including clothing, beliefs, behavior)

It is often said that first impressions count. Because of this, we find that having the appropriate
code of dressing, of conduct, and of belief is necessary for any good character trying to fit into
the world of the Empire.

Your Minecraft skin is a direct visualization of your character, and has great impact on the mood
of RP. It needs fit in with the setting, and preferably have a good amount of detail as well. 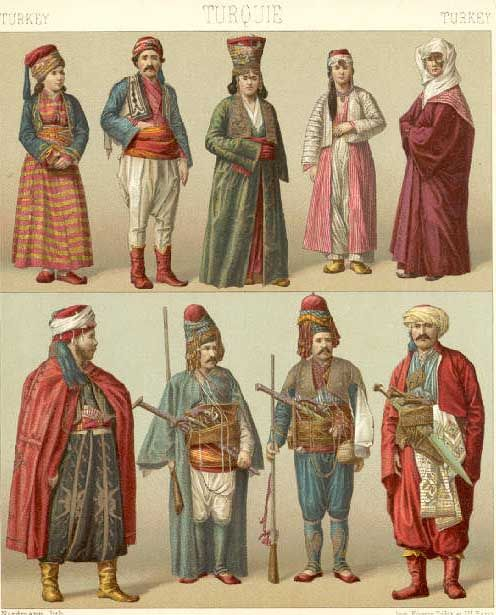 Provided in the image are examples of outfits that would suit the style of Anjyarr.
As a rule of thumb, it is often useful to consider Middle Eastern and Arab outfits from around the
15th and 16th centuries - a time when the Ottoman Empire and Arab Caliphates were in their power
and established much of the style that we associate with the desert nation looks nowadays.

Your character's behavior counts just as much as their looks. No matter how fearsome a king
or queen, if their general attitude does not fit with the established baseline, they will look like a
weak individual, incapable of any self respect. Such a person is undeserving of respect from others.

An almost universal sign of respect, nodding your head lightly or
bowing towards figures of higher rank is considered desirable.

Such nods and bows are useful as salutes, when apologizing, or
amidst casual conversation, to indicate respect towards others.

Rooted in the traditional Tarik il Iʂik religion, one of the main beliefs
is that life is a struggle between "light" and "dark". As such, any
deviations from this is seen as undesirable.

It is considered that the keepers of "light" are holy warriors, and should
always ensure to live close to this moral. In the traditional belief, achieving
heroism is the highest attainable goal which one may pursue.