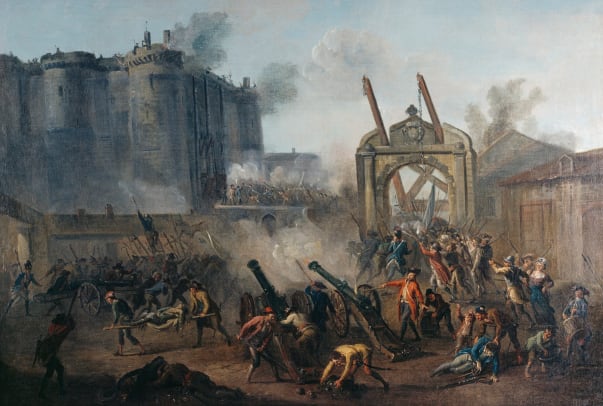 ​
Pfew, where do I even begin with all this? Recent events have stirred up some powerful bad memories from the past in some people, leaving a sour taste in their mouths here. Not that long ago (yesterday), we decided to hire a new developer. This developer seemed a nice person at first, but our staff team members who have worked with him before were quick to point out otherwise. This quickly devolved into quite a bit of drama that I aim to address in this post.

So first things first. I would just like to revert to where this all started. I and Martijn have openly stated in calls and chats that we were looking for new developers to aid in the various systems that we plan to work on. Proficiencies, the magic rework, carriages, etc. All the good stuff. One of the players in the Luminion community who I interact with relatively often because well... we share a nation and all, said that they may know someone who is capable and possibly interested in working for Fables as a plugin coder. Excellent! Right? After some back and forth through DM's it all seemed good and well and I sent him to Martijn to officially apply for Tech Team. We did not think much of it since the person who recommended him was one of the people who came from "afterfall" as well. Everything on a surface level seemed alright.

We were shown some of his work and motivation and to be fair, it did look really good. That resulted in us being quick to hire him and get him set up and ready to code. Then the next day came and we were not prepared for what was waiting for us beyond the horizon. Right after we proudly announced we found a new developer, shit hit the fan.

Seemingly out of the blue, people announced that they would be resigning from their positions because of this new developer's mere existence. Some of our staff who did not see that coming asked why they were resigning and what the context behind this rather extreme reaction was. But I suppose it was already too late. People left the Discords and we were not given the time to react to any of this. Out of nowhere, people like Martijn (Tech TM) were called "pedo enablers" because they asked for any sort of context or proof of the matter so that we could act on it. So did I after some time. After some back and forth in the staff chats and DM's, we got some sort of explanation as to what caused this reaction to the new hire. What came to light shortly after the fallout was that this was quite the emotionally charged topic that caused some people to react in the way they did. Which is totally understandable by the way.

Shortly after we were provided the context we were desperately looking for, Martijn was the first to quickly cut ties with the new hire and just get rid of it altogether.

​
So now onwards to some context to the given reactions by upper staff and me. Initially, we simply had no idea who this person was.
We were just recommended some developer who was good at coding. Sounds good, right? It came internally from the "afterfall" group so all seemed to be good and well. When the drama started, Martijn, I, and others rightfully asked what the deal was with this person. Yet none was given initially. Giving us very little to no time to react to the situation. The explanation why came later and is stated above, but that does not help us initially when we have no clue of what we're working with. In all "moderation" cases it simply goes from accusation to providing proof to getting to punishment. Hence why proof/context for this case was asked. Sadly again, none was given. Because of this, the arrows were quickly fired at Martijn because he would be defending him or something in that direction. But again, I would really like to make clear that such a thing was not the case. All of us simply wished for an explanation and context/proof of all these accusations so we could make work out of it. Apparently, the name of this individual is widely known and we should have just been more aware of this... The problem with that is that well... we're not. Clearly.

Fables and Fantasy usually lives pretty shielded from outside drama. We do not engage in it, we don't keep ourselves busy with the going on on other servers, and we generally tend to keep our lawn pretty clean through our moderation team and the community moderating itself. We do not engage in problems on other servers. We are unaware of the big bads of other communities. I think today's situation made that very clear. A big portion of the F&F upper staff does not hail from other RP communities. We did not come from another place to make our own server. We are new in this whole mad world of MC-RP.

You may not be though, and you may know all of the ins and outs of other places. If those seem to seep over into F&F, all I can ask of you all is to report this, talk to us, and make us aware. Sometimes someone/thing may slip through the cracks. But that can easily be fixed through clear communication between community - staff, and staff internally. Just make sure to provide the people in charge of a team that is possibly dealing with a bad person in their team with as much information as you can. Be open about it, and make sure to state your case clearly.

Keeping the community clean is a cooperative effort between all of us. So let us do so.
There is no use in fighting among one another and allowing these things to destroy what we worked so hard for.

Now, some direct changes/actions after this all went down.

First, the person in question has been removed from the team by Martijn after getting the context on the whole matter. A further investigation by F&F staff will follow. Please provide any evidence/information you may have regarding this case if you are aware of it. (Mod ticket reports will be the place to be for this)

Secondly, to prevent anything like this from happening again, I would like to ask everyone to help our mod team update the watch list. Again, we do not stay up to date and involve ourselves with other server drama and do not intend to change that. Yet we would like to know of any individual who may we need to watch out for. Please do help us get that sorted.

Further changes to the inner workings of F&F and its staff team will follow shortly.
You'll be kept up-to-date on all that.

If you wish to discuss any further details or just wish to speak your mind on all this, my dm's are always open.
(If I do not reply immediately, I may have just read your message and forgot to answer, feel free to ping if I do lol)
Arkhun#2196

That was all I have regarding this.