Welcome to the Combat Roleplay Rules! (and mainly a guide)
The goal of this document is to explain how to fight with other players as easily as possible.
If you have any questions, please talk to our staff team.​

When to use CRP:
Players who wish to engage in combat will first have to decide which combat system they wish to use. The options are Combat Roleplay (CRP) or PVP. If the party disagrees on which system to use, it always defaults to CRP.

If the fighting group exceeds the size of 16 players, the default combat system switches to PVP.
Trying to exploit the CRP limit by moving to a settlement/event in big numbers with the intent to cause trouble knowing that the CRP limit is reached will always result in moderation declaring that a raid has to be conducted in order to be allowed to cause trouble. Usual raiding rules apply to these scenarios.

When the fight is a 1 v 1 scenario, the attacking player always goes first.

Initiative:
When there are more than 2 players engaging in a fight, each player rolls a D100 to decide the order of combat. The order is decided by ranking the initiative rolls from high to low. If two players roll the same number they should re-roll until everyone has a unique number.

Mount Hit Points:
When a player is mounted when entering combat, use the following rules to determine HP. A player attacking a mounted player can choose to target the horse instead of the player mounted on it.
A horse enters combat with 5 HP. When it is killed in combat, the player riding it has to dismount and takes D3 damage from the fall.
For rules purposes, the horse uses the defensive stats of the player riding it.

Engagement Range:
Players may engage in CRP when both sides are within a maximum radius of 30 blocks from each other. 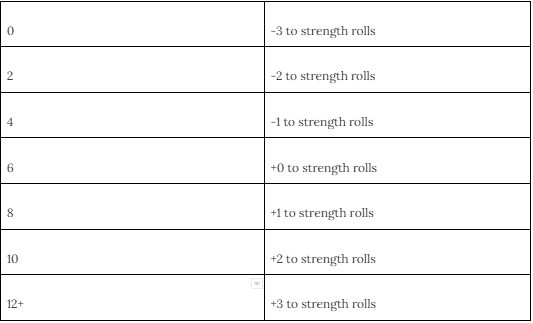 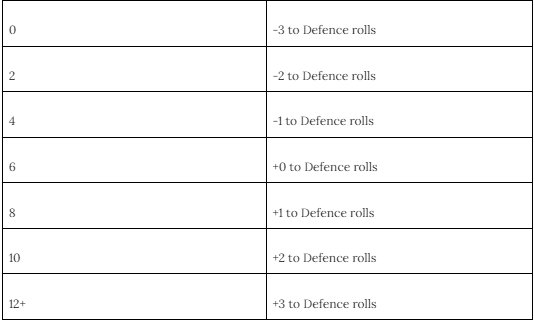 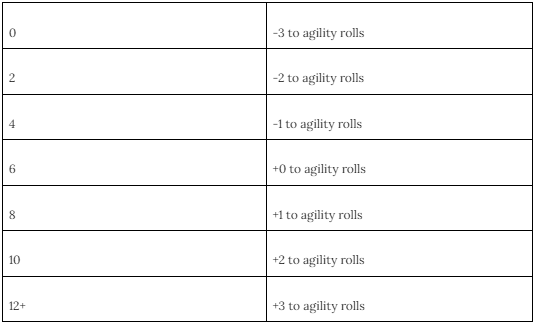 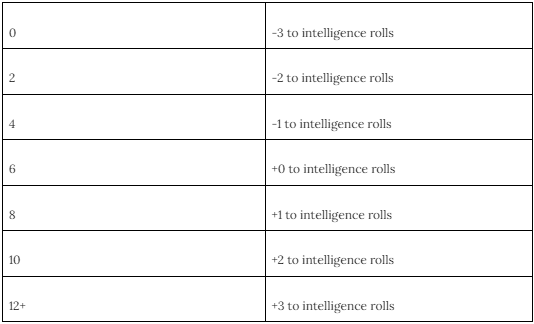 If a player is moving vertically, the blocks going up are counted toward the movement range. (Example: Moving up a ladder)

A player can decide to retreat from the action if they are outside melee range and haven't been targeted by any ranged attack or spell for two turns. A retreated player cannot re-enter combat.

If a player has a mount, they may double their movement speed.

A player can only use one action per turn. This can be before or after the movement phase.

Actions can be: attack, dash, disengage, use an item or object, activate an ability, or cast a spell.

If a player wishes to use items in the environment to perform any type of action, they must request CRP moderation from a Moderator or Loremaster
They then decide if your actions are possible and what rolls need to be made.

Requesting CRP moderation can be used by performing the following command: /requeststaff Loremaster/Moderator

A reaction may be declared after a player from the opposing party declares and emotes their action during their turn and is within melee range.
This reaction is then rolled with 1D20 with the modifier it requires before the action of the opposing player is rolled. The player who is targeted by a reaction may also roll 1D20 with the same modifier to see if they ignore the reaction.
A player may only attempt one reaction per combat round.

Reaction types:
Block movement: Stops players targeted by this reaction from performing the disengage action. (Ex: Pulling, grabbing, tackling, etc.) - Agility
Unbinding: A mage-only reaction that allows spellcasters to stop an enemy spell from going off before it is cast. (Use the magic plugin system to use this reaction) - Intelligence

When two players are locked in combat, they may attack one another in the action phase. To attack a target, the attacking player must write out their action in an emote, and then roll a D20 and apply modifiers to see the effects of their attack.

Ranged attacks may only be performed if the target is visible to them. This applies to magical and normal ranged attacks unless a spell or ability says otherwise.

CRP Combat Example:
For this example, we use two imaginary fighters named Boris and Larry.
Larry starts the attack by writing out his action in the In Character (IC) chat channel.
*swings his sword, attacking Boris "Take that!"

Boris goes ahead and defends the attack. He writes his action out first...
*blocks the attack with his shield "Not today, mustache man!"

This process repeats itself until a player disengages or reaches 0 HP and is defeated. When a player reaches 0 HP, they are knocked out and no longer able to participate in the fight. They also cannot be revived using a healing spell or item either.

Players may attack one another using weapons they acquired during their journey on Eden. This section goes through weapon profiles for items a player may carry on them.

Players may only use weapons they have in their inventory. If a player exceeds the weight maximum, they receive a -5 modifier to all their rolls.

Some weapons may have special rules attached to them. An example of one such item is a casting item. Players may apply the special rules in the item’s description if the item has a Loremaster Approved signature.

Getting an item Loremaster approved can be done by creating a support ticket in the Lore Requests section of the Support Discord.
LINK: https://discord.gg/Qw6Nzmtpqc 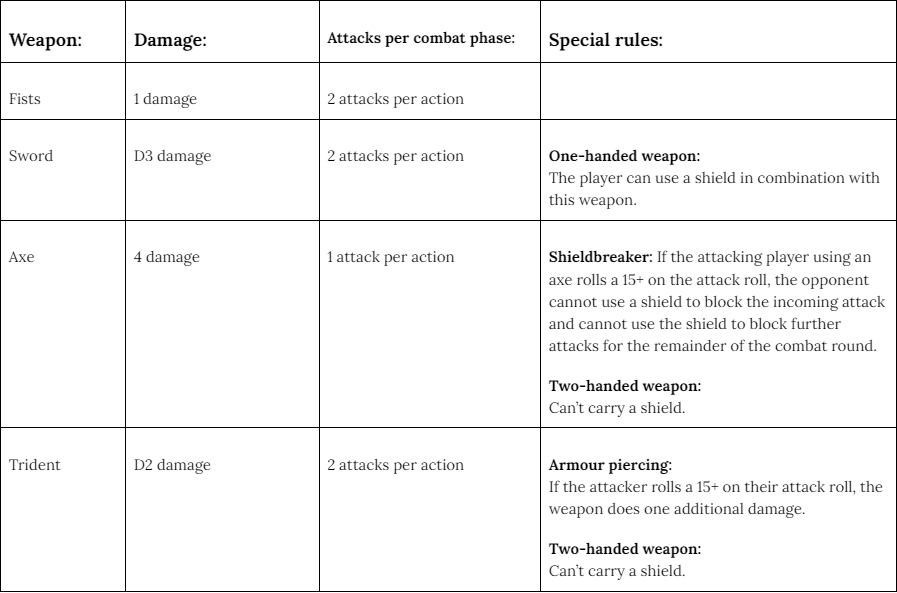 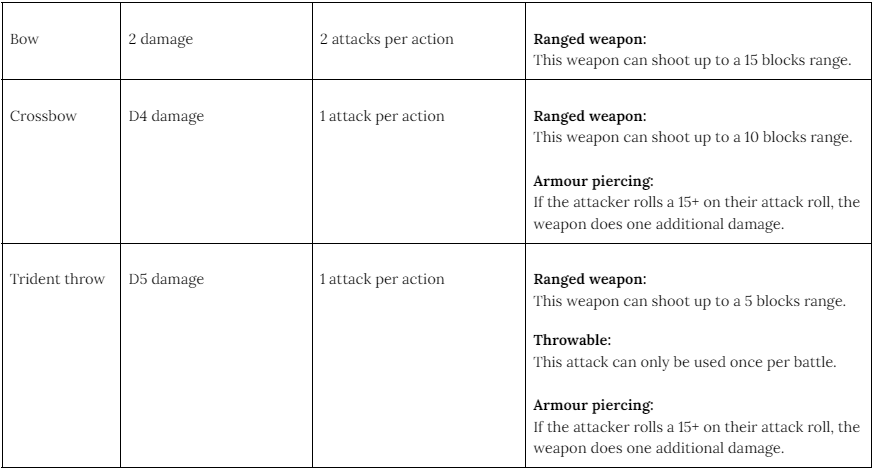 Therri'cill of Luminion, Aeromancer and your God · From Netherlands
Staff member